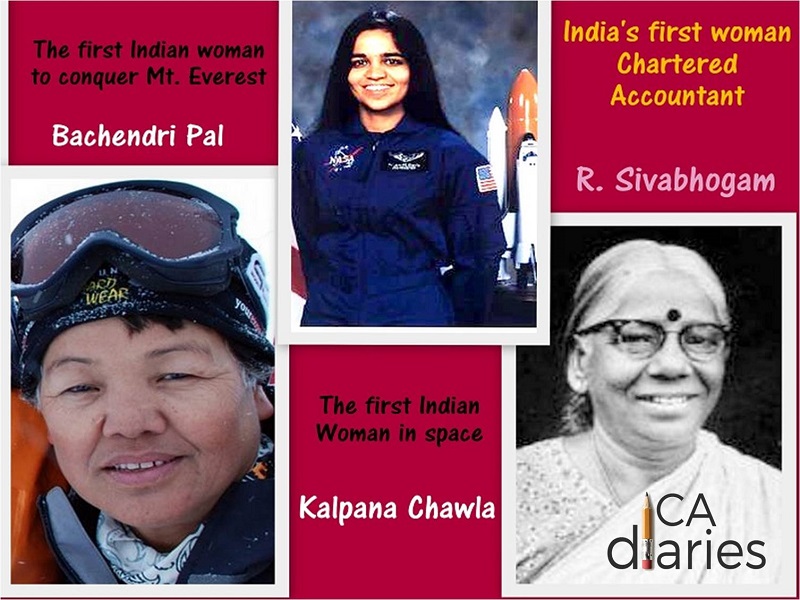 Most of us haven’t really thought about it. Even I hadn’t.

Given the occasion, I had been searching the internet for inspiring women Chartered Accountants; what showed up as one of the search results was an old article from ‘The Business Line’ published on 27th Jul 2006 titled, ‘Remembering India’s first woman CA.’
Curious to know an answer to which I never had a question on my own, I opened the link.

It spoke of the year 1930, when a then 23 year old, just being released from Vellore prison, decided to pursue a career not just dominated, but entirely seen to by only and only men. R Sivabhogam was the first Indian woman to become a Chartered Accountant and the only woman to have presided over the SIRC for 3 years.That to me was a ‘Eureka’ moment, being taken back in  time, to be told and handed over a legacy which started as a revolt in a young heart, not only against The Raj but against injustice in any form and continuing to inspire thought till date, when read about.

Next I took a leap of a generation to come across the first Indian woman to have graduated from Harvard and Yes… She too is a Chartered Accountant. A Padma Shree awardee, Naina Lal Kidwai heads the Indian operations of HSBC and is a renowned name in the business world. She is a woman who heads thousands of people and forces anyone who thinks otherwise to believe that even sky isn’t the limit.

And then I find it apt to mention one most of us know about, ‘Prema Jayakumar’, born to an auto driver, she claimed the top spot in CA Final May’2012, sending out a loud and clear message across all boards: Economic background is no measure of Intelligence.

And Yes… They all are women, women who have believed in their potential above all other things.
The world has never been kind, it never will be; but it does look up in awe at the rising sun and the recipe to turn into one isn’t that complicated you see….
Pour a little faith
And equal perseverance
A pinch of luck
Is all it takes
And perhaps her soft charms
To garnish the falling rays

It ain’t a separate meal
Exalted to be able
Just an equal place
At the dining table….. 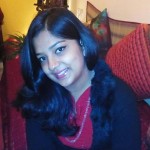 About The Author
Sagorika Chakraborty ‘Nupur’ is a voice that is a heartfelt resounding noise that lingers on… She hails from Bengal, is a Chartered Accountant by profession and a Poetess by passion, who has penned close to 600 verses and been published in a bilingual anthology of poems.